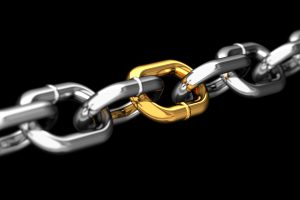 CBI coverage, like Business Interruption coverage, is a property insurance extension that addresses lost income suffered due to an interruption of business. Instead of focusing on loss or damage suffered by the insured on its own property, however, CBI coverage addresses “contingent” losses, or losses that involve suppliers or customers. A CBI loss is a loss that results from damage to a supplier or customer that prevents the supplier from providing its goods or services to a policyholder or prevents a customer from receiving the policyholder’s goods or services. This coverage is crucial for policyholders whose business depends upon supply chains, customers or other “streams of commerce” for commercial success. Over the past few years, we’ve seen a spike in the number of CBI claims made by policyholders. During the same timeframe, however, we’ve also seen an increase in the number of coverage disputes related to CBI coverage. Although the concept is fairly straightforward, recovering for CBI losses often isn’t.

By their nature, CBI losses require the involvement of third parties in a policyholder’s claim for loss. This dynamic often complicates the claim adjustment process. In many instances, the information most relevant to the claim may be in the custody and control of a third party (such as a supplier or customer), not the policyholder. When this happens, it can be difficult to obtain the necessary information: How can you access it? Will the third party simply provide it? Will potential litigation further complicate the process?

Nevertheless, it’s important to remember that generally, the policyholder merely has to show it suffered a loss of the type covered by the policy. With respect to a CBI loss under an “all risk” property insurance policy, the policyholder must show its loss resulted from its inability to obtain goods or services from a supplier or to provide its own goods or services to a customer due to loss or damage suffered by that supplier or customer. In most states, it’s the insurer’s burden to show that the loss should be excluded under terms of the policy. While a policyholder must meet its obligations to cooperate with its insurers in the investigation of a claim, a policyholder cannot be held responsible for information it doesn’t have the right to possess or control. This is especially true for information that relates only to the application of the policy’s exclusions.

Another issue that often arises in CBI losses is the actual calculation of the claim. Policies containing CBI coverage often lack guidance on how to prove loss of business due to damage to a customer or supplier. This makes involving experienced claim professionals as early as possible extremely important. Many policies even provide an incentive to do so in the form of coverage for claim preparation expenses. This coverage reimburses a policyholder for expenses incurred by forensic accountants and other claim professionals related to preparing a claim. Prudent policyholders engage such professionals early in the claim adjustment process.

Finally, a third major issue that arises with respect to CBI coverage relates to identifying suppliers and customers and their relationship to the insured. The most common CBI coverage disputes involve whether the supplier or customer that suffered damages was a “direct” supplier or customer, as some policies only cover losses resulting from damage to direct suppliers, as opposed to “indirect” suppliers. In most instances, the terms “direct” and “indirect” are not defined in the policy, leaving insureds and insurers to haggle over where a supplier or customer falls within a policyholder’s supply chain and whether it is sufficiently “direct” to trigger CBI coverage. This dispute can be avoided entirely by either ensuring that the coverage extends to all tiers of customers and suppliers, or by identifying and specifically naming important suppliers and customers in the policy. While the latter option is less desirable, it may be only option available in some instances. If so, policyholders should take full advantage of the CBI coverage by making sure each of their important suppliers and customers is identified.

While there can be hurdles to recovering for CBI losses, policyholders should take full advantage of the CBI coverage extension as it can provide much needed coverage during an unexpected interruption of the policyholder’s business due to a supplier or customer’s misfortune. By doing some of the legwork upfront to understand CBI coverage, by ensuring that the coverage extends to important suppliers and customers and by making sure that when a claim arises they involve experienced claim professionals, policyholders can ensure that their insurance coverage is not the weakest link in their supply chain.