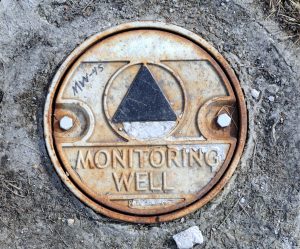 In recent years, Wisconsin generally has been a pro-policyholder jurisdiction when it comes to long-tail environmental coverage cases. That trend continues with a decision by a Wisconsin appellate court in a case involving coverage for environmental cleanup costs at a former manufactured gas plant site. In Superior Water, Light & Power Co. v. Certain Underwriters at Lloyd’s, London Subscribing to Policy Nos. K22700, CX2900, and CX2901, the court reversed a lower court and held that there may be coverage under historic policies if there was damage to groundwater during the policy period, notwithstanding that site operations had ceased years earlier. This is an important decision, as the same historic London Market “occurrence” definition was used in many policies issued to other policyholders by London Market Insurers during the same time frame. (A description of some of the unique aspects of the London insurance market can be found here.)

The facts of Superior Water’s claim demonstrate the impact of the “occurrence” definition on long-tail environmental claims. Superior Water owned a site in Wisconsin that was used for a manufactured gas plant from the late 1800s to the early 1900s, and afterwards as a gas storage facility until 1959. As is commonly the case in the environmental context, decades later (in this case, more than forty years later) the state environmental regulator claimed that Superior Water was liable for contamination of soil, sediment, and groundwater at and around the site arising out of the earlier site operations. Superior Water turned to the London Market Insurers, seeking coverage for these environmental cleanup costs under policies issued from the 1940s until the 1980s.

After the London Market Insurers refused to cover the claim, Superior Water sued them under three policies issued from 1969 to 1970. Like most general liability policies of that era, these policies included a broad insuring agreement providing coverage for any and all sums Superior Water was legally obligated to pay by reason of damage to or destruction of property. Elsewhere, in the limit of liability provision, the policies provided that the London Market Insurers were liable “for the ultimate net loss as a result of any occurrence.” Of particular importance, the policies defined “occurrence” to mean “one happening or series of happenings arising out of or caused by one event taking place during the term of this contract.” Superior Water alleged in its complaint that contamination of groundwater was the “happening or series of happenings,” and that “continuous exposure of clean groundwater to chemical substances” beneath the site was the “one event” taking place during the policy period out of which the groundwater contamination arose.

The London Market Insurers argued that the term “event” must mean something that results in a release of new contaminants during the policy period, and that migration of previously released contamination is not enough to trigger coverage under the policies—an argument that London Market Insurers have commonly advanced in environmental cases where the contamination-causing operations ceased prior to the periods of the policies at issue. Applying this narrow interpretation, the insurers contended that there was no covered “occurrence” because site operations had ceased by 1959 and thus there were no new leaks, spills or other operational events resulting in contamination during the 1969-1970 policy period. The trial court agreed, interpreting “occurrence” as defined in the policies to require a “release of contaminants” during the policy period.

The Wisconsin Court of Appeals reversed the lower court, ruling that the “occurrence” definition is ambiguous. The court noted that the phrase “arising out of” is broad, and thus Superior Water’s complaint only had to identify one “event” taking place during the policy period “that bore some causal relationship to groundwater contamination in order to trigger coverage.” The court agreed that the London Market Insurers’ proffered interpretation of “event” as a leak, spill or release of contaminants is reasonable, but the policy did not limit an “event” to such. Stated otherwise, the court reasoned, the insurers’ interpretation is not the only reasonable interpretation of “event,” and Superior Water’s proffered interpretation—that “event” means the new exposure of migrating, clean groundwater to the contaminants in the subsurface of the site—also is reasonable. The court reasoned that, due to the policy’s broad “arising out of” language, the “one event” need not be the sole cause of the damage; rather, it must bear only some causal relationship to the damage.

Ordinarily, the court’s determination of ambiguity would have been the end of the matter, as ambiguities in insurance policies typically are construed against the drafter—i.e., the insurer—and in favor of coverage under a rule of interpretation known as contra proferentem. However, the London Market Insurers argued that Superior Water’s agent may have drafted the policies. Because no discovery had yet taken place, the court could not resolve that issue.

The court in Superior Water got it right: the London Market “occurrence” definition, which has confounded courts and the insurance bar for decades, is exceedingly vague. In fact, the definition is ambiguous in yet another way that the Superior Water court did not even address: it is not clear whether it is the “happening or series of happenings” or the “event” that must take place during the policy period to trigger coverage. More food for thought for the next time your organization is facing a denial of coverage for long-tail environmental liability.