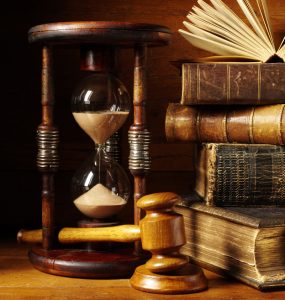 In November 2018, we noted that the California Supreme Court had agreed to resolve Pitzer College v. Indian Harbor Insurance Company, a case that hinged on the importance and application of California’s notice-prejudice rule. On August 29, 2019, the court issued its decision: a policyholder-friendly ruling that opposes technical forfeitures of insurance coverage. Although further proceedings are needed to determine whether Pitzer will ultimately benefit from this victory, the principles it articulates are of immediate interest to policyholders in California and across the country.

Background
To recap the crux of the case: Pitzer filed a coverage lawsuit against Indian Harbor, its pollution and remediation insurance carrier, for the costs of remediating soil contamination that Pitzer discovered during the construction of a new dormitory. Pitzer learned of the contamination in January 2011 and moved quickly to remedy it, but the college did not notify Indian Harbor until July 2011. Indian Harbor therefore denied coverage on the grounds that Pitzer had failed to give timely notice and failed to secure Indian Harbor’s consent before commencing the remediation process.

Pitzer’s policy with Indian Harbor included a section calling for the application of New York law, but Pitzer filed the coverage lawsuit in its home state of California—triggering a conflicts-of-laws dispute regarding the standards governing a late-notice argument. New York law strictly applies notice requirements in policies (such as Pitzer’s) that were issued and delivered outside of New York state, without requiring the insurer to show that it suffered any prejudice because of the policyholder’s failure to meet the notice condition. But California, like most states, requires an insurer asserting late notice to demonstrate that it was actually and substantially prejudiced by late notice in order to deny coverage: a “notice-prejudice” rule. Pitzer argued that the court should refuse to apply the stricter New York rule, despite the policy’s choice-of-law provision, because the notice-prejudice rule was a fundamental public policy of California.

Pitzer’s argument ultimately reached the U.S. Court of Appeals for the Ninth Circuit, which asked the California Supreme Court to resolve two questions: (1) whether the notice-prejudice rule was a fundamental California public policy for the purposes of a choice-of-law analysis, and (2) whether the notice-prejudice rule also applies to consent requirements.

Notice-Prejudice as a Fundamental Public Policy
On the first question, the California Supreme Court definitively sided with Pitzer, holding that the notice-prejudice rule “is a fundamental public policy of our state in the insurance context.”

As the court explained, the notice-prejudice rule is necessary to address fundamental fairness concerns arising out of the process of negotiating insurance contracts. California has long recognized that insurance contracts are “inherently unbalanced” and “adhesive” due to the insurers’ superior bargaining power. The notice-prejudice rule counteracts this imbalance, superseding strict policy terms and replacing them with a standard that prevents inequitable technical forfeitures of insurance benefits. In doing so, the rule promotes and protects the public’s general interests by ensuring that policyholders are not forced to bear the costs of otherwise-covered harms when there is no countervailing harm to the insurers.

Indian Harbor contended that the notice-prejudice rule could not be considered a “fundamental public policy” because it did not derive from a constitutional or statutory provision. But the California Supreme Court rejected this attempted distinction, reinforcing the validity and importance of judicial common-law policies. With this argument disposed of, the court saw no distinction between the notice-prejudice rule and other fundamental public policies of the state. In the end, the notice-prejudice rule’s critical value in protecting the public from situations where insurers can escape their coverage obligations through “a technical escape-hatch” established that the policy of the rule rose to the level of “fundamental.”

Although Pitzer prevailed on this question, it remains uncertain whether the courts will rely upon the now-established fundamental public policy favoring the notice-prejudice rule to refuse to follow New York law, as Pitzer’s policy purports to require. The “fundamental public policy” analysis conducted by the California Supreme Court was a critical and unresolved question of California law, but it is not the only element of the choice-of-law analysis. Notwithstanding this ruling, Pitzer’s insurer will now ask another court to resolve in its favor the remaining question, whether California or New York has the greater interest in the issue of coverage under Pitzer’s policy.

But Pitzer’s success to this point opens the door for other policyholders to build upon its victory, both in California and across the country (as most states include a similar public-policy exception within their choice-of-law rules). Policyholders operating under policies with choice-of-law provisions should consult coverage counsel to determine where potential conflicts might arise and how best to seek relief from strict state-specific rules.

Requiring Prejudice Under Consent Provisions
Because Indian Harbor denied coverage under both notice and consent provisions, the California Supreme Court was called upon to address whether its prejudice rule applied equally to both. Here, the court ruled that the prejudice requirement applies to consent provisions contained within first-party policies, but not to those within third-party policies. Because the parties did not agree whether the policy at issue provided first-party or third-party coverage, the court did not resolve how to apply this distinction to Pitzer’s case.

As the court explained, in the context of first-party coverage, notice and consent requirements serve similar purposes. Both requirements are ancillary to the core of the policy: an insured’s basic duty of paying policy premiums in exchange for the insurer’s basic duties of providing indemnification or coverage. Both serve common purposes of guarding against the insured making unnecessary expenditures absent the insurer’s involvement and, at least in the pollution-remediation context, avoiding the potential destruction of evidence that may occur through an insured’s unilateral remediation efforts. As a result, a prejudice requirement can apply equally to both requirements. Because they are both rules that “facilitate the insurer’s primary duties under the contract and speak to minimizing prejudice in performing those duties,” an insurer must demonstrate prejudice before denying first-party coverage under a consent provision, just as it would under a notice provision.

Third-party coverage, on the other hand, raised different concerns in the eyes of the California Supreme Court. The court viewed consent provisions contained within third-party insurance policies as more closely related to the insurer’s crucial obligations to defend, settle and pay damages claimed by a third party, given the insurer’s “paramount” rights to control defense and settlement of such claims. These concerns led the court to limit its prejudice requirement to consent provisions arising in the context of first party coverage: “failure to obtain consent in the first party context is not inherently prejudicial, and the usual logic of the notice-prejudice rule should control, in the absence of a coverage requirement for a third party claim.” It should be noted that other states have not made such a distinction between first-party and third-party coverage. Having done so in this case, the court declined to decide which type of coverage was provided by Pitzer’s policy—a question the parties continue to contest.

Again, although Pitzer will have to wait for future decisions to resolve whether it will ultimately receive coverage, other policyholders can benefit immediately from the California Supreme Court’s decision. The court has now made clear that the notice-prejudice rule applies equally to both notice and consent provisions, helping policyholders avoid loss of coverage in situations where the insurer cannot demonstrate actual prejudice from a policyholder’s actions.

That said, the Pitzer decision also illustrates the difficulty in determining whether a given policy will be treated as providing first- or third-party coverage, a question that complicates reliance on the notice-prejudice rule. Coverage counsel can provide critical guidance regarding the proper analysis of a potential claim, and timely notice remains the best way for a policyholder to avoid such potential disputes.