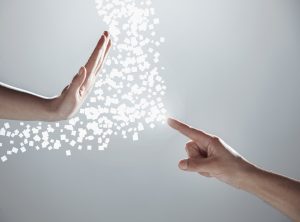 Since the novel coronavirus landed in America, the insurance industry has worked hard to create the impression that there is no coverage for business interruption losses resulting from the pandemic. For the most part, insurers have discussed the “intent” of the policies and avoided specific policy analysis. The insurer disinformation effort recently started including citations to lists of court decisions obtained to date—as if insurance coverage should be decided not on the terms of the contracts at issue but instead on the basis of an early win/loss record. A review of court statistics, along with two recent court decisions, expose the fallacy of the insurers’ argument.

According to data tracked by the University of Pennsylvania School of Law, as of December, more than 1,400 U.S. lawsuits have been filed seeking coverage for COVID-19/coronavirus losses. Of those, only about 10 percent of the cases have reported decisions on motions to dismiss, strongly suggesting that, in the vast majority of lawsuits, the insurers are choosing to answer rather than move to dismiss. The data also shows that—by far—most policies attacked by insurers on motions to dismiss include explicit virus exclusions. It stands to reason that the insurance industry has chosen a strategy of selectively attacking those lawsuits where they have the strongest chances of prevailing. As a result, the insurance industry unsurprisingly has obtained dismissals with prejudice in almost two-thirds of their self-selected cases. Even so, at this date, the Penn data also shows that decisions in cases involving no virus exclusion split almost evenly, and there have even been cases in which courts found virus exclusions, as worded, insufficient to stand in the way of coverage. Nonetheless, insurers are employing deceptive numbers to tout their success as overwhelming and urge courts to follow the overall win/loss record to date instead of analyzing specific policy language.

Fortunately for policyholders, courts are seeing through the insurers’ tactics, as two recent decisions illustrate.

In a January 19, 2021, decision, the U.S. District Court for the Northern District of Ohio rebuked Zurich American Insurance Co. for its numbers game in Hyde Park Grill et al. v. Zurich American Insurance Co. In that matter, Zurich presented a list of recent California cases denying coverage, pointing to a supposed “growing consensus” of cases in Zurich’s favor. The court distinguished and disposed of this false support, granting summary judgment in favor of coverage. Relying on the facts and the express policy language, the court held that Zurich breached its contract when it denied coverage for loss of use of a restaurant’s dining room due to COVID-19-related government orders. The court specifically commented on how Zurich sought to avoid its actual policy language.

On January 15, 2021, the United Kingdom Supreme Court issued a judgment in The Financial Conduct Authority v. Arch Insurance (UK) Ltd & others, which embraced the UK’s “Test Case Scheme” procedure to fast-track these crucial coverage issues to the Supreme Court in roughly seven months. The court ruled against eight insurers (Zurich, Hiscox , RSA, QBE, Argenta, Arch, MS Amlin, and Royal & Sun Alliance), who had argued that many commercial insurance policies do not cover business interruption claims due to COVID-19 and resulting shutdowns. The UK Supreme Court unanimously dismissed appeals by the insurers, finding in favor of the policyholders. The decision affects coverage for some 300,000 separate businesses. Justice Briggs’ concurrence pointed out that the insurers’ argument would make coverage illusory. This final decision is consistent with French and South African court decisions that have found business interruption losses resulting from the novel coronavirus and COVID-19 to be covered by insurance.

Explicit policy language often provides business interruption coverage for losses resulting from the pandemic. Neither policyholders nor the courts should rely on insurer-supplied and manipulated win/loss data to inform decisions on insurance coverage.

Reminder: If You Have a COVID-19 Insurance Claim, Be Aware of Impending Policy Deadlines

Insurance Implications of “Returning to Normal”