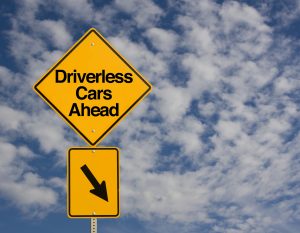 While the auto industry is proceeding in the fast lane, the insurance industry is straining to keep pace. The advent of autonomous vehicles raises numerous questions about how the auto insurance industry will respond to the development of AVs: Who bears the risk for accidents that these AV safety systems fail to prevent? What additional exposures are created by the transition to automated driving systems and smart roads, and who should bear those risks? A 2016 survey of corporate risk managers by RIMS found that the majority (55 percent) saw cyber-security (specifically, the takeover of vehicles by hackers and failure of smart road infrastructure) as the largest potential exposure. What types of insurance products would cover accidents of this type? Are current insurance products adequate, or will new forms of coverage need to be developed?

Let’s talk about the first question: Who should bear the risk of an accident involving an AV where the AV system caused or failed to prevent the accident? The answer depends first on the level of control that system has over driving functions. No car currently on the market is fully autonomous; humans must still be attentive, notwithstanding videos on social media showing drivers being anything but attentive. Tesla made this point clear in its response to a fatal accident involving a Model S that had its autopilot feature activated. The driver killed in that accident had “standard” auto insurance on the Tesla, but standard auto insurance does not factor driver-assisting functions into its underwriting. It could take as long as a decade for the auto insurance market to collect data on the development of driver-assist features and then respond with changes in risk-rating formulae. An important metric in that analysis by the insurance industry will be the ability to differentiate between when accidents are caused by driver mistake versus software failure.

Another fascinating issue is what decision a fully autonomous software system will be programmed to make when faced with a difficult choice. Science magazine recently conducted a survey to gauge readers’ thoughts on what types of choices an autonomous vehicle should make when faced with a dilemma of harming its passengers versus harming other drivers or pedestrians. The results, which can be found here , show that, from a public policy perspective, respondents favor cars programmed to sacrifice passengers for the greater good, and want other drivers to have cars programmed that way. Naturally, when it comes to their own cars, though, respondents would rather their own AV be programmed to preserve their passengers’ lives at all costs. The increasing role of manufacturers in designing the capability of AVs, as well as in programming these kinds of decisions into their products’ safety systems, will ultimately require a fundamental shift in the role of personal auto insurance for AVs, from an individual risk underwriting approach to a product liability approach.

It is hard to imagine how the auto insurance industry will be able to transform itself in a world of reduced accidents and a shift from human control to mechanical safety systems. A 2016 Rand study on AVs predicted that this shift would be achieved through tort litigation against manufacturers. The study theorizes that, as the focus on drivers’ fault is reduced, the responsibility for accidents will shift from drivers to manufacturers. The study posits that “no-fault” compensation systems could be a good solution to avoid costly products liability actions and enormous liability awards that could stifle development of the technology—and of course no-fault systems are in place in numerous states. Another possibility envisioned by the study is that manufacturers could limit or avoid liability by meeting government-set standards of technology that would exempt manufacturers from liability so long as they can demonstrate compliance with those standards. Such an environment would be similar to the workers’ compensation system, where state law preempts an injured worker’s right to sue his or her employer for injuries, and limits that worker’s recovery to statutorily defined benefits capped at certain amounts. The employer is also required, under this system, to have insurance that pays those benefits, or demonstrate the financial capacity to pay them itself. This kind of insurance-compensation scheme would allow for victims harmed in accidents caused by AVs to be compensated for their harms, but also prevent rampant products liability litigation from threatening the development and production of AVs by making the liability costs associated with them prohibitive.

As driver involvement declines in the transition to AVs, the shift of liability from drivers to automakers makes sense. From an economic standpoint, auto manufacturers will be better positioned to bear the cost of accidents caused by a failure of their AV systems, or the cost of premiums for insurance that responds to those accidents. A similar shift has already happened in the car-hailing industry exemplified by companies like Uber and Lyft. Those companies provide some insurance coverage for their drivers during the times they are engaged in driving for the company. As laws and regulations catch up with the pace of innovation, we may well see schemes limiting liability or establishing compensation systems. For companies that use AVs as part of their corporate fleets, the savings on liability and insurance may be realized quickly, with reduced human capital, lower overhead, safer vehicles involved in fewer accidents and lower insurance premiums. The future of driving may not be bright from the point of view of the auto enthusiast, but from a liability and insurance standpoint, driverless cars holds the promise of economic progress and improved human safety—a potentially huge benefit for society as a whole.