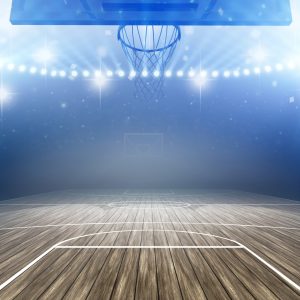 Winning a championship ring is everything. Just ask the Los Angeles Dodgers, who won 11 National League West titles between their 1988 and 2020 World Series Championships and would likely have traded several of those division titles for more World Series championships. But, of course, not all rings are equal. Neither are sports collectibles.

Last year, a Mike Trout-signed rookie baseball card from Bowman sold for $3.93 million, eclipsing the prior record (for a 1906 Honus Wagner card) by $800,000. And, whether it’s a championship ring or a $4 million baseball card, the owner of those physical assets would be able to purchase an insurance policy, in today’s market, to protect against damage to or loss of such a physical asset as the result of certain perils.

According to Mark Cuban, one of the NBA’s most outspoken owners, there is another valuable collectible to chase on the sports horizon: non-fungible tokens (NFTs). Described by Cuban as “just digital collectibles,” NFTs are unique digital assets, or “tokens,” whose ownership is recorded on a blockchain. Each token is linked to an underlying (usually, digital) asset, such as a piece of digital art, music, meme, collection of highlights, or gameday ticket. The holder of the token owns some package of rights in the underlying asset, although exactly which rights often varies. Speaking broadly, an NFT owner usually can display, trade, or resell it, but the NFT owner probably cannot commercialize the digital asset on, say, a line of t-shirts. However, unlike current insurance products that protect physical assets, insurance policies for NFTs do not exist…yet.

Although the concept of NFTs may seem unfamiliar at first, they are not entirely dissimilar to their physical counterparts. In the physical world, a dollar bill can be easily exchanged for another dollar bill, because dollars are interchangeable with each other; i.e., they are fungible. By contrast, LeBron James would likely not part with his 2016 NBA Championship ring (non-fungible), where he led the Cavaliers to a title after being down three games to one against the Warriors, in exchange for Hakeem Olajuwon’s 1995 championship ring that he won in a 4-0 sweep of the Orlando Magic; the two are not interchangeable (non-fungible).

NFTs are often one-of-a-kind items. Their uniqueness stems from the cryptographic technology underpinning their existence. As with cryptocurrencies, NFTs live on a blockchain, associated with their owners’ public addresses. Anyone may explore the blockchain record to (in most cases) view the underlying asset and, more importantly, verify the ownership of the NFT. But, while others can view the asset only the holder of the NFT has the “private key” that verifies they are the owner on the distributed blockchain ledger. The holder of the NFT is recorded as the owner unless and until the holder transfers the token to another person’s digital wallet.

The sports world has taken notice of the money-making potential of NFTs and is looking for ways to monetize this technology. Some teams from the NBA, NHL, and MLB are already accepting cryptocurrencies to pay for season tickets, and Cuban’s Mavericks will issue NFT-based tickets for basketball games next season. Meanwhile, all major American sports leagues have shown at least some interest in utilizing NFTs for sports collectibles. Topps released its yearly baseball card collection for the very first time as NFTs in April 2021, and the MLB plans to digitize baseball-card-collector enthusiasm by offering a single NFT of Lou Gehrig’s “Luckiest Man” speech on the Fourth of July weekend. Similarly, the NBA partnered with a Canadian company, Dapper Labs, to make collectible digital assets for the league, having sold half-a-billion dollars of NFTs since July 2020. Developments like these have led Cuban to describe NFTs as a potential top three revenue stream for the NBA over the next 10 years.

While blockchain technology suggests heightened security for these digital assets because its distributed ledger records the identity of the owner of each NFT, one former CIA hacker explained there is nothing to prevent thieves from stealing NFTs like any other digital asset. Because owning an NFT requires a digital wallet, if hackers steal the password to a digital wallet or the phone on which it is installed, they can transfer NFTs from that wallet to their own or others. Another risk is losing the password to a digital wallet. Like the loss or destruction of a physical collectible, the theft of a NFT is irreversible because blockchain transactions are irreversible.

Even worse, there is a difference between an NFT and the actual digital collectible. While an NFT may be thought of as a digital certificate of ownership, the asset it represents is usually stored on the plain old World Wide Web. (An NFT usually contains an embedded link that points to the storage location of the underlying asset.) As a result, if the company storing the asset represented by an NFT goes out of business, the owner of the token might be left with a token that links to files that no longer exist. Digital asset owners and NFT creators therefore would be well served to procure insurance coverage to combat the risks of loss.

The problem is that, while insurance companies offer digital asset coverage for some digital assets, they currently do not offer it for NFTs. The conspicuous lack of insurance coverage for NFTs has many explanations. One is the comparative value of NFTs versus cryptocurrencies: the NFT market coverage capacity is only in the billions, whereas cryptocurrencies value in the trillions. Insurers may also not yet have enough information to understand how to price the risks associated with NFTs. Digital sports collectibles are selling for what seems to be absurd amounts of money. For example, the digital rights to a 1988-89 Michael Jordan Fleer trading card recently sold for over $900,000; someone paid $1.08 million for an NFT consisting of five digital trading cards of AC Milan soccer players; and the exclusive, non-commercial rights to the only copy of a photograph of LeBron James dunking recently sold for $21.6 million.

Despite the possible explanations for why insurers have not yet begun selling NFT-specific insurance policies, the absence of insurance coverage for these assets is inexcusable nevertheless. Insurance companies already know that physical collectibles and personal items are of great value to their owners, and many insurers offer jewelry, art, and collectibles insurance to protect against damage to or loss of a physical asset. While not every NFT owner has to worry about Danny Ocean stealing their one-of-a-kind meme, hackers have already successfully stolen digital artwork worth thousands of dollars. The insurance industry has been slow to respond to NFT risks, but at least some pundits believe that reputable insurers will eventually figure out how to both craft insurance policies to protect NFTs and price these unique risks. Until they do, NFT owners are exposed to potentially significant risks of theft, damage, or loss of their digital assets.