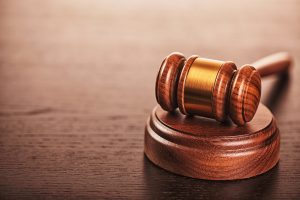 Last month, we discussed a decision by the Northern District of Illinois finding an amount labeled “restitution” in a settlement between a pharmaceutical company and the DOJ was insurable loss under a D&O policy. Shortly after that post, the New York Court of Appeals reached a similar conclusion, continuing the trend of looking beyond the labels used for the payments in the underlying settlement agreement. In rejecting the insurers’ argument, the court evaluated the purpose of the payments and the nature of how they were derived to find the payments at issue were insurable under a Professional Liability policy, despite being called “disgorgement.”

The recent decision in J.P. Morgan Securities Inc. v. Vigilant Insurance Company is the culmination of over a decade of coverage litigation related to alleged securities violations by Bear Stearns between 1999 and 2003. The SEC began investigating Bear Stearns for facilitating some of its customers in “late trading and deceptive market timing practices” related to the purchase and sale of mutual fund shares. Bear Stearns provided notice of the investigation to its professional liability insurers, who denied coverage. In 2006, Bear Stearns reached a settlement with the SEC. Under the terms of the settlement agreement, the SEC listed its “findings” that Bear Stearns had committed the violations of late trade facilitation and deceptive market timing. Bear Stearns agreed to a “disgorgement” payment of $160 million and a “civil money penalty” payment of $90 million “without admitting or denying the findings” of the SEC. Both payments were to be placed in an SEC-administered fund to compensate mutual fund investors harmed by the conduct of Bear Stearns and its customers. The settlement agreement also provided that the $90 million civil penalty was ineligible to offset any amounts Bear Stearns owed to private litigants who brought suit against Bear Stearns alleging harm from the same conduct. The purpose of making the civil penalty ineligible to offset other losses was to “preserve the deterrent effect of the civil penalty.” The civil penalty payment was also required to be treated as a penalty for tax purposes.

After several decisions for both sides in the lower courts, and a decision by the Court of Appeals in 2013 that the payment labeled as “disgorgement” was “not clearly uninsurable as a matter of public policy,” the case returned to the high court to decide coverage for $140 million of the $160 million “disgorgement” payment. Bear Stearns argued that this payment represented disgorgement of its clients’ improper profits, not its own profits, and was therefore insurable loss. The insurers remaining in the case argued that the payment was not for client gains but for Bear Stearns’ own gains, and was a “penalty imposed by law,” which was excluded from the policy’s definition of “loss.”

The New York Court of Appeals found to the extent the policy’s definition of “loss” excepts certain types of payments from coverage, it acts as an exclusion, the application of which the insurers bear the burden to prove. The court then found that the insurers did not meet their burden of proving that a reasonable policyholder would have understood the phrase “penalties imposed by law” to exclude the $140 million payment. The court based this decision on the common understanding that the term “penalty” means an amount in excess of the actual damages suffered by a party and is distinct from a compensable remedy measured by the amount of harm caused by wrongdoing. Bear Stearns presented evidence that $140 million of the payment represented a valuation of the gains by Bear Stearns’ clients and the corresponding harm suffered by investors. The payment also served a compensatory goal for the victims of the alleged wrongdoing. The court contrasted the process for setting the amount of that payment with the $90 million “civil penalty” payment, which was not tied to any measure of harm or profit from the trading practices. These factors led the court to decide that, at the time of the settlement, the $140 million payment “could not fairly have been understood as a ‘penalty’ in the context of this wrongful act professional liability insurance policy.”

The key takeaway from this decision remains the increasing skepticism courts are showing to insurers’ arguments that “restitution” and “disgorgement” are not insurable, especially when those terms are just labels used by the government in its settlements with policyholders. When courts look to the facts and the purpose of the payments, and get past the labels, they increasingly find that they are covered under management liability insurance policies.

In Another Blow to the “Uninsurability” Defense, Court Holds that Settlement Labeled “Restitution” Is Insurable