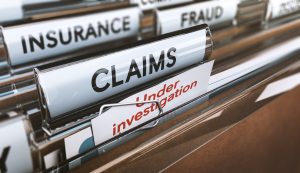 A recent decision from the U.S District Court of the Northern District of Illinois, Astellas US Holding, Inc. v. Starr Indemnity & Liability Company, deals yet another blow to this questionable insurer argument. Astellas is especially noteworthy in that the concept of “uninsurability” was apparently recognized under controlling law governing the dispute, and the underlying settlement agreement at issue expressly characterized a settlement payment as “restitution”—but nevertheless, the court held the uninsurability doctrine inapplicable. Policyholders will welcome the court’s recognition that even relief characterized as “restitution” may constitute covered loss, even in jurisdictions that might recognize “uninsurability.”

Case Background
Astellas focused on a pharmaceutical company’s settlement agreement with the U.S. Department of Justice to resolve a civil investigation regarding potential violations of the Anti-Kickback Statute and under the False Claims Act (FCA). The DOJ’s theory of liability was that the company donated to charities that provided financial assistance to Medicare beneficiaries “explicitly to increase sales and revenue … at the expense of Medicare.” As part of the settlement, the settlement agreement expressly characterized a $50 million settlement payment to the government as “restitution to the United States.”

The pharmaceutical company sought coverage for the $50 million payment from its D&O insurers. Among other relevant provisions, the primary policy at issue defined “loss” to include “damages, settlements or judgments,” but also contained a common disclaimer barring coverage to the extent any matters “may be deemed uninsurable under applicable law.” An insurer invoked this language to deny coverage, arguing that the payment constituted a return of the policyholder’s “unjust gains,” and that Illinois law deemed such losses uninsurable.

The Astellas Decision
In a detailed, 60-page opinion, the court held the settlement payment insurable—dismantling a number of common insurer arguments in the process.

First, the court addressed an important threshold issue: whether the policyholder or the insurer bears the burden of proof on whether the settlement payment was uninsurable. Because the “matters which may be deemed uninsurable” language appeared in the definition of “loss,” rather than in a separate “exclusions” section of the policy, the insurer argued that to prevail, the policyholder was required to prove that the settlement payment was insurable. But the court recognized that the language served as an exclusion—regardless of where it was located in the policy—and therefore the insurer was required to carry the burden of proving that the coverage exception applied.

Third, the court held that FCA damages do not fall within the purview of the uninsurability doctrine to the extent the doctrine has been recognized. It explained that FCA damages amount to “compensation for the harm to the Government rather than restitution for the gain to the violator.” The court acknowledged that FCA jurisprudence sometimes characterized FCA damages as “restitution to the government of money taken from it by fraud,” but again was unwilling to treat the restitution label as dispositive. Instead, it explained that “damages under the FCA are meant to ‘compensate the United States’ to make it ‘completely whole.’”

Fourth, the court was unpersuaded by the insurers’ argument that there was no coverage because the underlying settlement released other claims, such as common-law unjust enrichment, that the government might have been able to pursue to seek some other form of “disgorgement.” The court disagreed, emphasizing that the “primary focus” of the settlement agreement was to release FCA claims, even if other claims may have been released too.

Fifth, the court refused to recognize any public policy under Illinois law against insuring deliberate fraudulent conduct. In so holding, the court found it persuasive that the coverage at issue contained a deliberate fraudulent act exclusion that was not triggered absent “final non-appealable adjudication … that such act or violation occurred.” Relying heavily on an influential recent decision by the Delaware Supreme Court in RSUI Indemnity Co. v. Murdock, the court stressed that the express exclusion applicable to final adjudications of fraud confirmed that “non-adjudicated allegations of fraud” were generally covered.

Key Takeaways
The principal takeaway from Astellas is that insurers’ oft-asserted “uninsurability” coverage defense continues to appear increasingly questionable. As a general matter, many jurisdictions do not even recognize the concept of “uninsurability” in the first instance—while illegal contracts are not enforced, courts in those jurisdictions do not disturb the parties’ contractual right to enter into a binding insurance agreement providing a broad scope of coverage. But Astellas shows that even in those jurisdictions that might recognize some form of the uninsurability defense, the defense continues to lose traction.