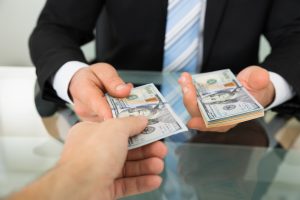 Late in June, the U.S. Supreme Court issued a decision in Liu v. SEC, a closely watched case in which the Court in an 8-1 opinion curtailed the authority of the Securities and Exchange Commission (SEC) to seek disgorgement of profits from private parties in judicial enforcement proceedings. The Court articulated restrictions on the SEC’s disgorgement power, including (1) limiting disgorgement amounts to the net profits from wrongdoing, (2) limiting the SEC’s ability to seek disgorgement of profits on a joint and several basis, and (3) directing the SEC to return disgorged monies to aggrieved investors rather than depositing them in the U.S. Treasury. Although it does not address insurance issues directly, the Court’s analysis of the disgorgement remedy is bound to revive discussion of the issue of insurability of losses suffered as a result of settlements or judgments characterized as disgorgement.

The trend in recent insurance cases has been to hold that, where insurers have agreed to provide coverage for such losses, courts will not second-guess the parties’ contractual arrangements merely on the basis of the amorphous concept of “uninsurability,” grounded as it is in vague notions of public policy. In narrowing the scope of what may properly be called “disgorgement” or “restitution,” the Liu decision further bolsters these recent trends in favor of coverage.

SEC Disgorgement
For decades, the SEC has secured disgorgement of “ill-gotten gains” received by companies and individuals alleged to have illegally profited from violations of SEC rules, collecting more than $4 billion in disgorgement and penalties for the year 2019 alone. In 2017, however, the Supreme Court in Kokesh v. SEC curtailed the SEC’s disgorgement power by establishing that the Commission’s right to disgorgement was constrained by a five-year statute of limitations. More notably, the Court also hinted in a footnote that an open question remained as to whether courts “possess authority to order disgorgement in SEC enforcement proceedings,” thus arousing speculation that Kokesh may have been signaling the beginning of the end of SEC disgorgement actions. The Supreme Court’s decision in Liu now puts that speculation to rest, but subject to key limitations on what constitutes disgorgement, of which policyholders should take note.

The Supreme Court’s Decision in Liu v. SEC
In Liu, a husband and wife raised $27 million in a private offering that pledged to devote the bulk of funds to construct a cancer-treatment center. Instead, in violation of the terms of the offering, the couple spent nearly $20 million of the investment proceeds on marketing and salaries and diverted funds to personal accounts. In an ensuing civil action brought by the SEC, a district court ordered the husband and wife to disgorge nearly the full amount of funds raised in the offering, and the Ninth Circuit affirmed.

Because the statute at issue only authorizes the SEC to seek “equitable relief,” the Supreme Court analyzed disgorgement under principles of equity. According to the Court, those principles “long authorized courts to strip wrongdoers of ill-gotten gains,” but also sought to “restrict[] the remedy to an individual wrongdoer’s net profits to be awarded to victims” to avoid transforming the remedy into a penalty. The Court confirmed the SEC’s authority to disgorge funds under those principles, but articulated key restrictions on prior SEC disgorgement practices that, the Court admonished, were “in considerable tension with equity practices.”

First, the Court clarified that disgorgement awards may not exceed net profits from wrongdoing after deducting legitimate expenses. Funds applied to expenses such as “lease payments and cancer-treatment equipment,” for example, had value “independent of fueling a fraudulent scheme,” and should not have been ordered disgorged.

Second, the Court disapproved the SEC’s prior practice of imposing disgorgement on a joint and several basis, finding it “at odds with the common-law rule requiring individual liability for wrongful profits.” In other words, forcing friends, families or clients to whom ill-gotten gains flowed to return those gains would be inconsistent with the purpose and concept of disgorgement.

Third, the Court disapproved the SEC’s frequent practice of depositing disgorgement proceeds in the U.S. Treasury rather than returning them to “wronged investors for their benefit.” As the Court explained, under principles of equity, a disgorgement “must do more than simply benefit the public at large.”

The Insurer Disgorgement Uninsurability Argument
The Liu decision may be critically important to some D&O policyholders. In cases involving demands for restitution or disgorgement of ill-gotten gains, insurers frequently argue that, regardless of the language in their policies affording coverage for such claims, the losses may be considered “uninsurable” under purportedly applicable state law principles.

The Court goes to great pains to clarify that the amount recoverable as “disgorgement” is limited to the specific amount the defendant actually received as profits to which it was not legally entitled. That concept dovetails with the “illegal profit” exclusion found in most D&O policies, a provision that usually excludes only that portion of “loss” corresponding to the amount of personal profits to which the policyholder was not legally entitled, and then only after illegality is established by “final adjudication” in the underlying litigation.

That aspect of the ruling is likewise consistent with the decision of the New York Court of Appeals in J.P. Morgan v Vigilant Ins. Co., which held that even though a settlement agreement between the SEC and Bear Stearns characterized their $160 million settlement as “disgorgement,” the restitution/disgorgement defense did not apply because the beneficiary of Bear Stearns’ improper conduct was not Bear Stearns but rather certain of its customers (or, as one New York Justice put it at oral argument, a defendant cannot disgorge what it has not gorged.).

With a narrowing of the potential recovery of disgorgement/restitution relief to that portion of loss constituting illegal profit, the Liu decision should limit the ability of carriers to assert the defense as a general bar to coverage simply because restitution/disgorgement claims may have been asserted. As such, the decision should make it more difficult to assert the defense in the context of a settlement of claims, particularly where the settlement involves multiple parties or multiple claims of which a demand for disgorgement is but one.

The Court’s analysis also makes clear that the amount of a judgment or settlement that may be characterized as disgorgement or restitution is also limited to the amount paid to the victim of the defendant’s acts. Plaintiffs’ attorneys’ fees and damages not actually paid to victims, such as amounts retained by the SEC in an enforcement action, would fall outside that definition.

The Supreme Court’s ruling in Liu should be one more nail in the coffin for the “uninsurability” defense as to damages that insurers describe as restitution or disgorgement. Prospectively though, policyholders should consider tweaking their policy language to eliminate the issue altogether and to add as much contract certainty as possible. The illegal profit exclusion is sufficient to address insurers’ purported concerns about moral hazard without resort to a phantom uninsurability defense, even as courts increasingly hesitate to embrace the defense.