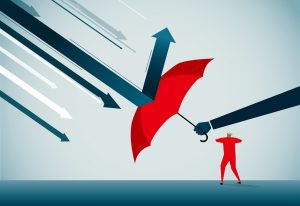 In deciding whether to consider the putative class’ claims, the court looked to see how courts around the country addressed the issue. The court cited a number of opinions, including decisions from the Eleventh Circuit and several other district courts. Notably, every opinion cited held putative class claims should be considered in determining whether an insurer’s duty to defend was triggered. The court noted that the Liberty Mutual did not “point the court to any cases directly addressing the issue that disagree with this persuasive authority.” Accordingly, the court held it would consider the putative class’ claims in deciding whether Liberty Mutual owed Dometic a defense on the underlying class actions, following Indiana law providing that coverage is triggered when the claims raised in an underlying complaint “potentially” fall within the coverage provided by the relevant policies.

Holdings like that in Dometic Corp. continue to amass, which is good news for policyholders. Any potential funding of a class action defense is critical to a class defendant’s continued business success, and in many cases, its viability going forward. And insurers should now think long and hard before denying a defense on a putative class action because the proposed class representatives’ claims do not fall within the proscribed policy periods. Those insurers that fail to also consider putative class members’ claims run the risk of liability for bad faith, as it is becoming increasingly clear how courts across the country will come out on this issue—especially in jurisdictions where an insurer’s duty to defend is triggered whenever a claim is potentially covered under a policy.