In the aftermath of events like 2017’s hurricanes, especially for companies that were impacted multiple times, there are usually more things in need of attention than there is attention to go around. 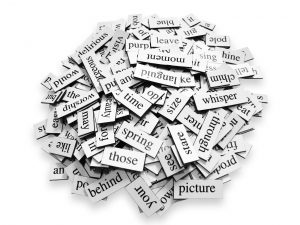 Reviewing insurance policies is one—but still only one—of those things. In the initial stages of dealing with these kinds of events, it is natural to focus on big-picture policy items like limits, deductibles, coverages and exclusions. Only in the second pass do companies usually focus more closely on the substantive wording of various provisions. In undertaking this second (or third or fourth) pass, it is important to zero in on the exact words of the policy to avoid overlooking details that may make all the difference as to whether coverage exists or not.

Here are some examples that are likely to come up in the wake of storms like Harvey, Irma, Maria and Nate.

To avoid the harshness of these “total cessation” cases, most insurers have softened their policy language to make clear that “interruption means any total or partial cessation of the Insured’s business or operations, including any slowdown or reduction in such business or operations.” Check to see what your policy wording says when preparing to present your claim, as the words matter.

Most commercial property policies also cover loss of access, either physically or at the order of a civil or military authority. More restrictive policies simply refer to “prevention of access to the Insured location.” This can lead to harsh results if access is possible but more difficult (e.g., a bridge or tunnel is blocked and now requires a much longer route to gain access to a property).

More favorable wording that allows coverage includes circumstances that “prevent or hinder or block the use of, ingress to or egress from” or “when access to or normal operation of the described premises is specifically restricted or prohibited by order of civil or military authority.” Once again, the specific words may matter.

Causation Language—“Caused by,” “Due to,” “Resulting from,” Arising out of,” “In connection with”

Another key to interpreting coverage provisions is to look closely at causation wording. Courts applying standard rules of contract construction are likely to assume that the use of different terms means the parties intended them to mean different things. Some courts apply this rule to causation language, while others do not. For example, the Texas Supreme Court has held that “arising out of” and “resulting from” require the same degree of causation, but has cited cases finding that “caused by” and “due to” require a higher degree of causation. Also, when the modifier “direct” is placed before “result of,” a still higher level of causation may be required compared to a phrase without that express modifier.

The Texas Supreme Court summed up its discussion of these issues in Utica National Insurance Company v. American Indemnity Company: “To us, the different wording in these exclusions is significant.”

The importance of the particular wording is especially relevant in dealing with complex time element losses with novel policy language that has never been tested in the courts. Courts look closely at policy language to determine coverage, and sometimes that is the only thing they look at. One example of this is Snelling & Snelling, Inc. v. Federal Insurance Company, which was a coverage case concerning the 9/11 terrorist attacks. In that case, the court cited cases for the summary judgment standard, choice of law and the rules of contract construction. It then went on to analyze the policy’s language but cited no other cases construing that language, no treatises or even any law review articles. As a result, a laser-like focus on policy wording may be key to getting the answers right because, as Lord Mansfield wrote almost 250 years ago,“[m]ost of the disputes in the world arise from words.”

When reviewing policies after a hurricane or other event, it makes sense to focus first on big-picture issues. But don’t neglect the important details. The legal framework around that big picture may make all the difference.