What happens when you have a claim arising from circumstances that unfolded over many policy years—like environmental property damage or asbestos bodily injury claims? Which policies are triggered? How much coverage does each policy provide? Unsurprisingly, insurers and policyholders disagree on the answers. And courts across the country have been grappling with the issue for decades. 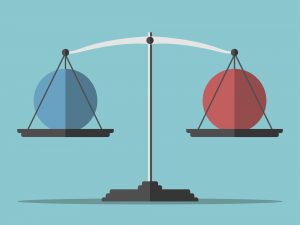 Some courts apply the “all sums” approach, which allows a policyholder to recover in full—subject to policy limits—from any insurer whose policy has been “triggered.” Other courts apply the “pro rata” approach, under which each triggered insurer must pay only a portion of the loss allocated to its policy periods. This is a closely watched issue among the insurance bar as it can dramatically impact the amount of a recovery depending on the contours of the policyholder’s insurance program.

A Missouri appellate court recently sided with the policyholder and applied the “all sums” approach in Nooter Corporation v. Allianz Underwriters Insurance Company. Nooter had liability policies issued by numerous insurers from 1949 through 1985. When thousands of asbestos bodily injury claims were filed against Nooter, it sought recovery from its insurers under the “all sums” approach.

The Nooter court also decided a second issue critical to the allocation of damages among insurers: whether the first-layer policies in all triggered years must be exhausted before any excess policy can be triggered (called “horizontal exhaustion”), or if it’s enough to exhaust only the single policy underlying an excess policy in a particular year (“vertical exhaustion”). The court held that only “vertical exhaustion” was required. The court rejected the insurers’ argument that the policies’ “other insurance” provisions required horizontal exhaustion, holding that the “other insurance” provisions were ambiguous as to whether an excess policy is excess to other available insurance only in the same policy year or also in successive years. The court also reasoned that other policy language supported vertical exhaustion.

The Missouri court’s “all sums” ruling is a proper construction of the policy language. The “during the policy period” language that appears in typical occurrence-based liability policies addresses what occurrences are covered from a timing perspective (i.e., when the policy is “triggered”), not the quantum of damages that are covered. Insurers agreed to provide coverage for “all sums” the policyholder incurs in connection with a covered occurrence, so once a policy is triggered an insurer must do just that—pay “all sums” (up to the policy limit), not some sums or a pro rata share of the sums due.

Although the Missouri Supreme Court has not yet weighed in on the issue, Nooter puts Missouri more firmly on the “all sums” side of the divide among jurisdictions. Other states that apply the “all sums” approach include, among others, California, Delaware, Indiana, Ohio, Oregon, Pennsylvania, Texas, Washington and Wisconsin.

Companies today may not be aware of what historic liability coverage they have from the 1980s or earlier or whether that coverage is still available for new claims. If a company faces or may face “long-tail” environmental or bodily injury liability, it is worth taking a closer look.