A critical component of any insurance policy is of course its limit, which is usually the most an insurance company must pay for a loss. But many property insurance policies include “sublimits” that provide a lower limit for particular losses. 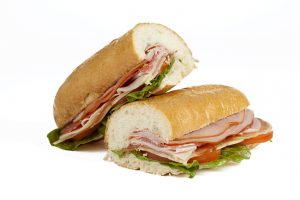 Identifying the sublimits in a policy is usually straightforward since they typically appear in a list or chart in the policy’s declarations section. Sublimits generally fall into one of two types: (1) sublimits that apply to particular perils, like flood, Named Storm or earthquake; and (2) sublimits that apply to a type of damage or cost, like debris removal or preservation of property. There are many different perils and costs that a policy may sublimit, and sublimits appear in many types of policies (including, for example, sublimits for coverage for wage and hour claims under an employment liability policy). However, this blog will focus on property policy sublimits. Because many property policies include sublimits that apply to storm-related losses, they may particularly be an issue for companies damaged by hurricanes like 2017’s Harvey, Irma, Jose and Maria.

If your company experiences losses that may fall under a sublimit, is the sublimit amount the most you can recover? Not necessarily. Depending on the language in your company’s policy, there are several reasons that a sublimit may not cap your company’s recovery, including these:

Sublimits may look simple on their face, but the way they work with each other and with different policy terms can be complex. Companies should carefully review their policies before a loss to determine whether their sublimits meet their likely needs. After a loss, companies should carefully evaluate all sublimits to see whether and to what extent they limit coverage. Before agreeing to accept a sublimit amount as your full recovery, consider speaking with coverage counsel. You don’t want to cap your own insurance by assuming that a sublimit amount is all you can recover when additional coverage limits may be available.