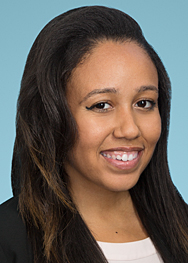 Third-party intervention may now prove unnecessary when interpreting and enforcing contract provisions—at least this is what proponents of smart contracts believe. The overall goal, they argue, is 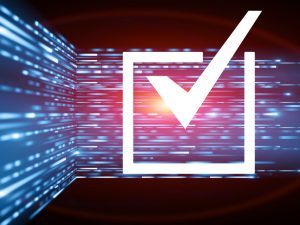 to provide security unattainable through traditional contract law, and to reduce additional transaction costs that come with the traditional process. Will insurance policies become the laboratory to test their thesis?

First imagined by computer scientist Nick Szabo in 1996, smart contracts are computer protocols meant to facilitate a contract’s implementation and performance. They can carry out only the specific instructions given to them, and all transactions are traceable and irreversible. Regarding functionality, experts have likened smart contracts to a vending machine; contract terms are first coded and placed within the block of a blockchain (the same technology Bitcoin uses). Once the triggering event occurs, the contract is performed consistent with all designated terms. Continuing the analogy, the individual inserting money in the vending machine sets off a chain of events, unable to be undone or halted midway. (Granted, this last part isn’t like the traditional vending machines we know.) The machine keeps the money and dispenses the item. The contract has been fully performed.

Whether there is room for smart contracts in the insurance context remains to be seen. Generally, the “if this occurs, then that” nature of insurance policies lends itself to the conditional nature of smart contracts. In June 2017, AIG announced a partnership with IBM to develop a “smart insurance policy” for international markets. It will be interesting to follow this arrangement to see how well smart contracts can function in the insurance space. Smart contracts have the potential to play a helpful role in a variety of aspects within the industry. They could allow policy documents to be stored on numerous ledgers simultaneously, so that they are available for simultaneous review and amendment by multiple parties, and can never be lost or changed without the parties’ agreement. They may help secure policy documents and improve the claims process. They could remove administrative barriers and red tape throughout the system.

Further, smart contracts may affect the automated claims payment process. With smart contracts, policyholders could receive payments for uncontested claims immediately, instead of a month or more later, as under the current procedure. And the payouts could be sent directly to a customer’s account. Smart contract supporters ultimately hope the claims management process can be smoothed and predetermined by algorithms within a code. Such a development would likely enhance customer satisfaction and might ultimately lower insurer costs, with the potential to reduce premiums.

Natural disasters such as floods, tornadoes or earthquakes could constitute triggering events that give rise to payouts automatically. The contract might even be programmed to ascertain the physical scope of the event, which in turn could ease the adjustment process by cutting down time spent investigating and verifying the claim. Insurers could program smart contracts to decrease the potential for fraud. An insurer could program a payment to occur only when the policyholder uses a provider of its choosing, for instance, and can further program the money to automatically return if the insured does not abide by the terms of the agreement. The process could become more transparent.

Second, smart contracts must be coded by a third-party programmer, who must have the specialized knowledge necessary to design a contract that works well. Requiring a third party to program a smart contract touted for having the benefit of less involvement from outside professionals defeats one of the advantages of smart contracts. Third, it highlights another potential problem: human error. The hacking of The DAO, a “decentralized autonomous organization” for venture capital funding, serves as the most well-known case involving coding gone wrong, with nearly $60 million dollars’ worth of digital currency being compromised due to unaddressed security vulnerabilities. Not to mention the human input error that can arise in defining the scope of insurance coverage, such as covered entities, properties and values. Last, the insurance market is highly regulated, whereas smart contracts are not. Thus, smart insurance contracts may not be able to operate as smoothly in the insurance context as many anticipate.

As we head towards a landscape filled with increased advanced technology, it seems smart contracts have potential. Insurance management could definitely stand to improve, and this may be one of the ways to push that process forward.