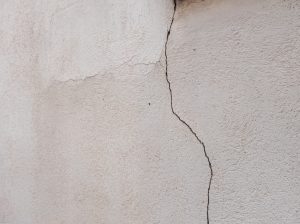 If you were to look for a quick answer regarding whether a commercial general liability (CGL) policy covers damage resulting from faulty workmanship under Pennsylvania law, you’d likely come out believing the answer is “no.” Many article headlines, purported state surveys, and news reports come to that conclusion based on the general finding that faulty workmanship causing damages only to the work itself is not an “occurrence” under the standard CGL insurance policy definition. But this analysis misses a critical nuance in the case law and the important distinction between damage to the negligent contractor’s work and damage to “other property.”

END_OF_DOCUMENT_TOKEN_TO_BE_REPLACED

Pennsylvania policyholders need to keep their eyes on the details when it comes to defending faulty workmanship claims. What you see—or think you see—is not always what you get. In Bealer v Nationwide Mutual Insurance Company, the U.S. District Court for the Eastern District of Pennsylvania held on November 16, 2016 that an insurance company did not have a duty to defend its policyholder after determining that the claims asserted

in the underlying litigation were for faulty workmanship and did not constitute an “occurrence.” But other Pennsylvania decisions provide opportunities to find coverage for policyholders who might be in similar situations.

William Tierney entered into a contract with Robert Bealer for the purchase of a lot and construction of a residence. About six months after Tierney moved in, a rainstorm flooded the basement of his home—after which he noticed cracks on several foundation walls, and then brought suit against Bealer.

END_OF_DOCUMENT_TOKEN_TO_BE_REPLACED

If your company faces liability arising out of exposure to asbestos-containing products or materials, it may pay—a lot—to take a second look at your liability insurance policies containing asbestos exclusions. They may not exclude your loss after all. On March 3, 2015, a Pennsylvania federal district court ruled in General Refractories Co. v. First State Insurance Co. that an asbestos exclusion in two general liability policies is ambiguous, and does not bar coverage for a multitude of asbestos-related lawsuits against a manufacturer and supplier of asbestos-containing products. END_OF_DOCUMENT_TOKEN_TO_BE_REPLACED