A panda is sitting in a bar, polishing off his dinner. He pulls out a gun, fires a shot in the air, and heads toward the exit. A stunned waiter demands an explanation. The panda pauses at the door and tosses the waiter a badly punctuated wildlife manual. “I’m a panda—look it up.” The waiter turns to the appropriate entry: “Panda. Large black-and-white bear-like mammal, native to China. Eats, shoots and leaves.” [1] 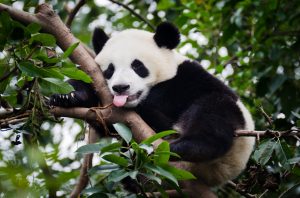 That was the lesson of a recent decision by the First Circuit Court of Appeals, which held that the omission of an Oxford comma in a Maine employment statute created an ambiguity that must be resolved in favor of dairy delivery drivers. For want of a comma, the dairy is out $10 million.

The Maine overtime statute states that an employer cannot force an employee to work more than 40 hours a week unless the employee is compensated 1½ times his or her regular hourly rate for work performed in excess of 40 hours. Certain categories of workers, however, are excluded, including employees who fall within Exemption F:

(2) Meat and fish products; and

26 M.R.S.A. § 664(3)(F). At issue was whether dairy drivers, who do not typically pack perishable foods, but instead simply transport them, fall within the above overtime exemption. The dairy drivers successfully argued they do not.

The holding hinged on the meaning of “packing for shipment or distribution”—more specifically, how to interpret this clause when there was no comma preceding the words “or distribution.” With the comma, they likely would have lost. Without it—taking into account interpretative aids, the law’s purpose and legislative history, statutory construction, and non-binding case law from the Maine Superior Court—the court reasoned, Exemption F was at best ambiguous. The dairy drivers were therefore entitled to overtime.

To an insurance coverage attorney, this opinion is not revolutionary, but is rather further confirmation of general insurance policy interpretation principles. Clear and unambiguous terms in an insurance policy are given their plain and ordinary meaning. If, however, an ambiguity exists, such that the language is susceptible of more than one reasonable interpretation, the court must look to the intention of the parties and the policy should be interpreted in favor of the policyholder. Exclusions must be narrowly construed, and the insurer bears the burden to show that the exclusion is clear and unmistakable, subject to no other reasonable interpretation, and applicable to the facts presented in the case at issue. The First Circuit applied these same principles when analyzing Maine’s overtime statute.

In a recent insurance case our firm handled, Lion Oil Company v. National Union Fire Insurance Company of Pittsburgh, PA, the structure and use of clarifying punctuation in the policy resulted in the insurer’s liability for “service interruption coverage” when an oil refinery’s crude oil supply line burst, leading to large contingent business interruption losses for the refinery. In that case, a federal district court acknowledged that the service interruption coverage part was ambiguous as written and found in favor of coverage.

Whether you’re a coverage nerd like us, or just a grammar enthusiast, do not underestimate the power of an Oxford comma. Without it, invitations like “I’m starving, let’s eat Grandma” could be extremely hazardous.

[1] Based on an old joke and the basis for Lynn Truss’ book, Eats, Shoots & Leaves: The Zero Tolerance Approach to Punctuation.