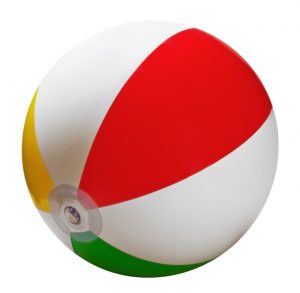 Hub City Enterprises Inc. and Wall St. Enterprises of Orlando Inc. ran an event called “Rum Fest 2017” in Orlando, Fla. Sounds like fun, doesn’t it? But one of the partygoers, who apparently paid to attend the festival, was not amused. In the middle of the party, Robert Hunt saw an oversized beach ball barreling towards his head. When he reached out to deflect the projectile, he ended up suffering injuries to the ligaments in his arms. Mr. Hunt sued Hub City and Wall St. Enterprises, who tendered the claim to Princeton Excess and Surplus Lines Insurance Co., their liability carrier, for a defense. Princeton initially assumed defense of the claim, but it soon repaired to federal court seeking a declaration that it had no duty to defend the suit. In Princeton Excess & Surplus Lines Ins. Co. v. Hub City Enterprises, Inc., the Southern District of Florida ruled in favor of the insurer.

Princeton based its argument on an endorsement to the liability policy labeled “Exclusion – Amusement Device,” which stated:

This insurance does not apply to any loss, claim, ‘suit’ or any obligation of any ‘insured’ to indemnify, defend or contribute jointly or severally with another because of ‘bodily injury’, ‘property damage’, ‘personal and advertising injury’ or ‘injury’, actually or allegedly arising directly or indirectly based on, attributable to, arising out of, involving, as a consequence of, resulting from or in any way related to the ownership  maintenance, operation, sponsorship, instruction, supervision, set-up or take-down or other use of an ‘amusement device’

The court discussed the lack of a serial comma, finding it unpersuasive in this instance. We have commented elsewhere on the importance of serial commas, but our purpose is not to reexamine them here. The court also reviewed the policy definition of “amusement device,” which “include[ed], but [was] not … limited to” mechanical and non-mechanical rides, “[a]ny device that requires the user to strike, punch, or kick,” rock climbing walls, moonwalks, laser tag, mechanical bulls, dunking booths, and trampolines, among others listed. In essence, the court found the list did not clearly exempt beach balls, and therefore concluded that beach balls were included within the definition. This conclusion is objectionable: the “amusement device” definition is part of an exclusion, which demands a narrow interpretation, not an expansive reading of “et cetera.” And, the case involved Princeton’s duty to defend, which should be enforced whenever there is any possibility of coverage.

But even putting these canons of insurance policy construction aside, there is an even plainer reason why the court got this one wrong—one that the court seems to have overlooked.

The policyholders argued in the alternative that the beach ball was meant as a decoration, not an amusement device. After finding the definition of “amusement device” was unambiguous, the court never addressed this last argument. And to be clear, it is a different argument. It is one thing to say what a contract term means—which the court did—and another to decide whether a thing or act falls within its definition—which the court did not. (This is the difference, in legal lingo, between “interpretation” and “construction.”)

The policyholder said the beach ball was a decoration. The court noted that partygoers at the event were striking and kicking the ball, consistent with treating it as an “amusement device” as defined in the exclusion. Of course, it’s foreseeable that, at an event called “Rum Fest 2017,” some patrons will be moved to commandeer mere decorations and turn them into amusement devices. Some Jack O’Lanterns may suffer a similar fate at Halloween. But that does not mean they were intended as such.

In fact, party decorations—and everything else at a party—undoubtedly exist for the amusement of partygoers. Does that make them all “amusement devices”? Does it make the term “amusement devices” ambiguous after all—requiring a narrowing construction in favor of coverage? Or does it make the exclusion swallow up all the coverage the policy would otherwise provide to a policyholder in the business of providing amusement? That result would require the court to disregard the exclusion altogether.

Because the insurer teed the case up on a motion for summary judgment, it fell to the insurer, as the moving party, to show there was no factual dispute and the motion could be decided entirely on the law. But here there was a factual dispute. The insurer said the ball was an amusement device; the insured said it was a decoration. Citing its use by the crowd, the court decided it was an amusement device, but in doing so, the court was resolving a question of fact that turned on why the policyholder put the ball there in the first place, not just the construction of a policy term. If, as the policyholder said, it was placed in the room as a decoration, how did it come to get kicked and thrown around? This was a question that should have been tried.

When an insurer includes an exclusion in a liability policy, especially an oddball exclusion like the one at issue in Hub City, it’s not all fun and games. The policyholder paid a premium to be covered for events like these. Especially in cases involving the duty to defend, courts owe policyholders the benefit of a narrow interpretation; at a minimum, they need to consider all the evidence before determining whether any act or thing falls within an exclusionary definition. And policyholders should make sure to highlight evidence and factual disputes to try and avoid a summary rejection of coverage.